A study conducted by the National Building Technology Centre, Department of Housing and Construction in Queensland tested the ability of a load bearing Rammed Earth wall to sustain temperatures up to 1150C.

Findings from this test support the claim that rammed earth is one of the most heat resistant building materials.

Heat was increased through the duration of the test so that at 60 minutes the temperature was 950C, until at the 4hr point temperature had reached around 1150C.

Test results were separated into 3 categories:

The testing body summarised the fire-resistance rating of the test material with the following statement:

‘for the purpose of Building Regulations in Australia, the fire-resistance rating of the test specimen is four hours’. 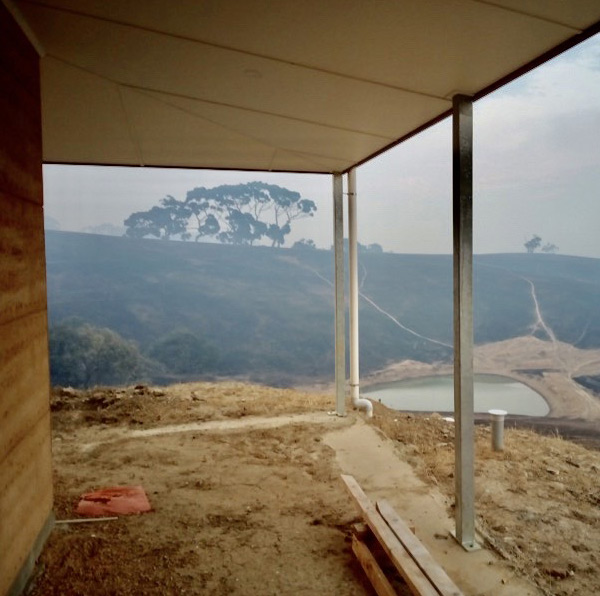 The house shown in this photograph was only just completed before the bush fires that devastated KI during the 2019-2020 summer.

The house survived with no structural or visible damage. 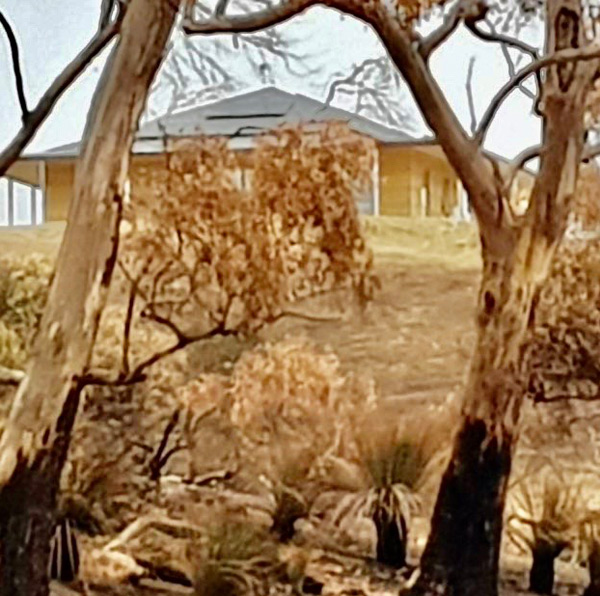 Another view of the house after the fires burnt through this area.